Once upon a time, there was a young lady by the name of Cinderella who got lucky in life because all ten toes just happened to slip perfectly into this magic slipper that was doing the rounds at the time. Sound like a bit of a fairy story? Not anymore!

Enter Adidas in the role of the to-die-for prince with a 21st century version of the shoe of your dreams. The AM4 has been specially and scientifically designed to fit your feet. Yes, you!! The world’s leading sports shoe manufacturers have gone out onto the streets of London and asked the people actually pounding the capital’s pavements exactly what they want and need from a trainer… and then they’ve only gone and produced it.

The AM4LDN has been developed specifically from athlete data collected from London runners. It is the first of a series of tailor-made Adidas shoes to be launched, and will be followed by similarly customised trainers for the trail blazers of Paris, Los Angeles, New York, Tokyo and Shanghai.

It is the first major project to come out of the Adidas SpeedFactory headquarters in southern Germany. And if that conjures up images of mad professors furiously trialling treads, arches and stride patterns on whirring machines that test for pronation and supination levels then… well, you’re probably not too far off the mark. SpeedFactory research and development secrets are closely guarded but Adidas have given us insights into the state-of-the-art robot manufacture and 3D printing processes that are shaping the future of custom-built footwear.

Adidas talk of ‘co-creating’ trainers with their customers so that the rubber between you and the tarmac is as terrain-appropriate as possible. Their famous boost technology features optimise energy return and take-off power at every strike. It is a ‘walking on clouds feeling’ that is computer-honed and tested. While the instant grip gives a little more of a natural feel than original designs, the floating torsion bar offers strength and stability to your stride. Despite packing in as much power as you need, the shoe is super lightweight and so equally suitable for shorter and longer distances across all city surfaces. There isn’t much this shoe can’t do!

So where do we see this shoe adding most to our training regime? H ran her first road marathon in Adidas’s first ‘ultra-boost’ shoe and was immediately sold on the spring it added to her stride. E soon became a convert too, following in H’s footsteps by testing out a slightly upgraded version of the Boost as one of our first pair of matching kicks. Since then we haven’t looked back and now do a lot of our city running with Boosts below us. With the London Marathon in our sights for 2018, we’ll be looking to trim a few seconds and maybe minutes of our PB’s in our made-to-measure AM4LDN’s.

What else would you even consider running the streets of London in? You need all the help you can get to write your fairytale ending in The Mall. Adidas just so happened to wave their magic wand right on time for us. 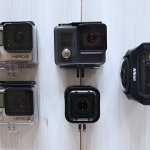 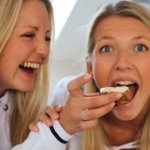