Quinoa hit our shelves with a bang after the release of Gwyneth Paltrow ‘It’s All Good’ book. Health bunnies jumped for joy upon the finding of this gluten free grain that is apacked with protein and goodness. But why is everyone so quazy for quinoa?

Quinoa originates from the South American West Coast, including Peru, Bolivia, Ecuador and Colombia. It is a grain crop that is primarily grown for its edible seeds; the leaves are also edible but are not widely consumed due to it not being very commercially available. Although, it is commonly thought that quinoa is a ‘new’ grain it far from. Researchers believe that it has been around for 7,000years and was domesticated about 3,000 years ago.

The most common form of quinoa consumed today is white, although it is also cultivated in black and red forms as well. All three have very similar nutritional values, but the white is softer and fluffier when cooked. Quinoa can also be ground down into flour and so is an excellent gluten free replacement in baking.

Most commonly we focus on the supergrain’s high protein content. However, it is not the volume of protein (14g of protein per 100g raw) that is of particular importance, it is the type of protein present. Quinoa has the perfect blend of 9 essential amino acids which are vital to human growth and regeneration, and makes is a ‘complete’ form of protein.

Once quinoa is cooked the fibre content is reduced due to it absorbing so much water. Although it is rich in fibre (10-16g per 100g raw) it is mainly soluble fibre which sadly does not hold as many health benefits as insoluble fibre. However, it is much richer source of fibre than many other grains. This fibre content may help to reduce the risk of certain digestive and bowl cancers, help control weight and improve metabolism.

You may not think of quinoa as a source of fat, but instead as a carbohydrate. Quinoa is in fact a good source of healthy fatty acids including omega 3 (alpha linolenic acid) and oleic acid. Both of which have been linked to a reduction in inflammation, which suggests that regular consumption of quinoa may be able to reduce inflammation related diseases such as diabetes, psoriasis and arthritis.

And to top it all of quinoa contains a rich source of flavonoids (plant antioxidants). It is jam packed full of free radical fighting flavaniods which help to reduce the risk of certain types of cancer. 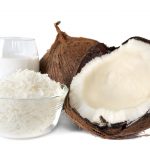 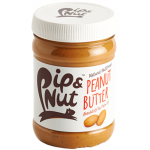