This post is in conjunction with TEMPUR® but all thoughts are our own.

If you know us (or rather watch our Instagram stories) you’ll know often we’re up at the crack of dawn, the reason for this being we’re in bed early. Sleep is a BIG priority in our house, so if alarms are off at 5 we’re in bed by 9. The team at Tempur are equally as passionate about shut eye and so are the world’s best…

You’ll often hear top athletes referring to sleep volume being the most crucial factor to their success. In fact studies have proven that athletes who sleep longer perform better, especially when increased in the lead up to event. Sleep gives the body time to rest, recover and repair!

For us, sleep is not only important to keep our legs ticking over, but also our brains. We’re both culprits of cutting it fine. Yes, compared to a lot we get a lot, but also compared to a lot, we move a lot so we must constantly ensure the scales are balanced. So, how do we clock the hours with both the roads and the rest?

H is a sucker for a slumber inducing slumber spray. Pillows are also a focus area, they must be stacked high with the Tempur always on top. Often it’s a wonder she can reach, but this the ultimate H set up.

E is less particular, with an impressive ability to sleep well anywhere!! If there’s one thing she’s sure of pillows are out and a firm mattress is in. No wonder she can nap on any floor space given!

So, what magic happens whilst we sleep? Unfortunately it’s not as if little fairies fly in to fix our exhausted bodies. There’s a little more science to it than that!

First of all by lying flat our blood pressure drops and so does our heart rate as our muscles are no longer demanding extra oxygen and the heart does not have to pump against gravity. Levels of the stress hormone Cortisol decrease and levels of the sleep inducing hormone melatonin increases. By demanding less from our bodies, we give them the chance to switch off, and time out. This is where optimal recovery happens, be that from physical or mental stress.

Other than the obvious, how does sleep really benefit athletes? To establish this we need to look at areas of their performance it would directly affect…

Athletes in any sport need to be able to react to actions unfolding in-front of them. Sleep deprivation is know to significantly reduce reaction times. In fact some studies[1] have shown lack of sleep, causing fatigue, to impair reaction times as much, if not more, than being legally drunk. This not only would have an impact on coordination sports such as tennis, but also may cause a delayed reaction to the gun on the track or cornering on an indoor cycling track.

As we explored in the previous post, lack of sleep affects reaction times meaning they could be slower to react to hit, trip or wrong step. There’s also the fact fatigue affects the bodies immune system meaning athletes become more susceptible to illness and/or infection. Finally by not getting enough shut eye, athletes are limiting the time they have to recover, regenerate cells and repair the damage done in the daily workouts. When you are sleeping your body only has to worry about keeping the heart pumping and the lungs breathing. This means that it has the time and energy to repair the damage you have caused your muscles during training. Continuous poor sleep means that your body will never have time to fully repair the small tears in your muscles, which will only lead to a plateau or drop in performance, and potentially injury.

We all know when we’re tired we make more mistakes. Our brains are not as switched on, meaning we’re more likely to make silly errors within both work and play. For athletes partaking in big competition, mistakes are not an option.  Studies have shown motivation, focus, memory, and learning to be impaired by shortened sleep. Without sleep, the brain struggles to consolidate memory and absorb new knowledge. “Past studies have shown that sleep loss impairs the frontal lobe of the brain and has negative effects on decision-making such as sensitivity to risk-taking, moral reasoning and inhibitions”.[2]

Studies have shown that short term lack of sleep can lead to increased risk of contracting the common cold[3]. Time off training to recover from a cold can have a detrimental impact on overall progress. Long term lack of sleep has been linked to more sinister diseases such as type 2 diabetes and cardiovascular diseases.

So whilst sleep is also incredibly important for general wellbeing, it’s essential for athletes if they are hoping to perform at their best. Aside from bed setup, something sweet must be consumed moments from crashing out. We’re not sure the athletes would agree with this one, but hey, it works for us!

[2] The sleep crisis and the science of slumber

[3] Sleep Habits and Susceptibility to the Common Cold 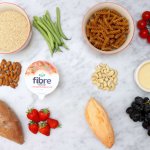 Get fussed with Fibre!Blogs, Nutrition 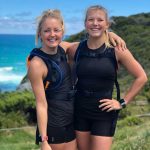 Our Half Marathon Learnings!Blogs, Running