The route we ran from Frederiksberg to central Copenhagen, and around Christiansborg: https://www.strava.com/activities/2967054233

If you ask us, exploring whilst totting up bonus Strava miles is the best way to see a city. Not only are you able to take whichever turning you fancy, and stop for coffee as often as you wish, you’re able to ake it all in, plus stops for snaps are at your own discretion.

Ok, now add an already mapped tour and a guide with more knowledge than most and you’ve got yourself ‘Go Running Tours’. This is exactly what it says on the tin, offering guided runs around various cities across the globe. Each run is lead by a local, filled with knowledge to share whilst you plod and on hand to selfie should you wish! For us, it was the chance to explore Christiansborg, otherwise known as the Freetown in Copenhagen. We opted for this one as we hadn’t yet had a chance to explore this part of town despite being keen to, and being totally honest we were a little nervy about visiting on our lonesome. Thankfully, Kim was on hand to help meeting us at the designated start spot and to guide us on an 8km plod. (The distances all vary so you can choose one that suits you.)

We headed from the Christiansborg Splotsplad statue for 8am. After a quick hello, we took a mini detour (after Kim found out we were long-distance runners) around Parliament, where we found out that two-thirds of the government cycle to work, including the prime minister himself. We were also shown the royal equestrian stables, and post-run managed to catch them in action too. If you’re a pony fan I definitely recommend swinging by!

Next up, we crossed the river, past the library towards ‘Freetown’. Kim ran us up one side of the river to catch sight of some of the ‘prime spot’ housing. These were quaint houses situated seconds from the river, boasting the best spot in town (and probably purchased for pennies thanks to the ‘no rules system’). We then crossed the river again, running back through the busier section of Christiansborg, past Noma once known as the best restaurant as the world before checking into the local grocers and ‘Trading Post’. Nope, gamblers you’re literally out of look, this spot serves as a place for you to dump your clothes and old belongings once done to donate to others who may want them.

Finally, we pulled back the pace to walk up Pusher Street since tourists aren’t widely welcomed. At this point, it was phones away too… no rules my arse! Pusher street is the famous trading spot for Cannabis, also playing host to some market-style dining spots and ‘Nemoland’, one of Christiansborg’s top gig venue. Free concerts are put on every Sunday at 6pm in the summer, sometimes hosting Copenhagen’s top artists as a sign of support for the district. Why not run the route and finish up with a cold beer and some cool music? My favourite fact about Pusher Street is that whilst cannabis trading is accepted, it’s still not legal. Once we hit the end of our walk section we were met with two guys, otherwise known as the whistlers. They stand at the end of the street and whistle loudly when they spot police which is a sign for traders to gather their stash pronto and make themselves scarce. Once the police have raided and thanks to said whistlers found nothing, trading can resume.

Once capturing a spot at the exit sign, we ran back to the start point statue before wishing Kim farewell and good luck in his 10km race on New Years Eve.

(There’s a 5km, 10km and 21km race run around their parks on NYE. More information on this can be found here: https://sparta.dk/run_page/aenglamark-nytaarsloeb/)

I’d never actually heard of Go Running Tours before searching run clubs in Copenhagen with the hope of finding an organised session. Turns out I hit jackpot! The Go Running Team in Copenhagen offer routes running from 5-20km exploring select parts such as Christiansborg, tours of the whole city or the chance to escape the urban life and get out into the deer park just a 15-minute metro ride away. We could not recommend the experience highly, and whilst coming in quite pricy it’s well worth it for those wanting to run-splore (yep, we just made that one up on the spot). 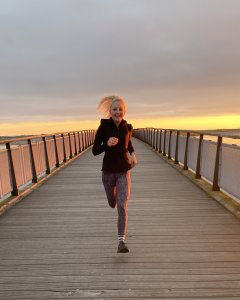 The route we ran from Fredericksburg, past Tivoli, across the river and into Amager Strandvej: https://www.strava.com/activities/2961626626

What’s a city escape without a bit of Park Run tourism? Having not been a particularly big Parkrun fan following my first visit to one of the most manic locations to break my barcode virginity, in recent weeks my views have been both challenged and changed. I’ve quickly become an avid 9am chaser come Saturday morning, and so my Saturday spent in Copenhagen was no different… much to Rhys’ delight.

We chose the latter having been coaxed in by the coast and pretty views, and boy we were not disappointed.

The route consisted of two flat as pancake loops making this a perfect PB course. It’s also quite a small group, which means if you’re a regular they store your barcode and if you forget you can make a note of your number and name once finished and they’ll add you to the scores on the doors. Talk about Parkrun perks eh? 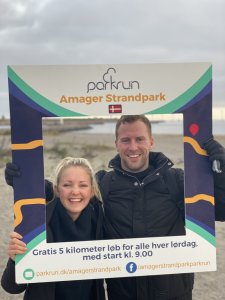 If you happen to be visiting New Years Day, Amaegar Strandvej and Amaegar Fallaed play host the double with a short hop, skip and a jump between the two.

Fancy something to get the heart racing, blood pumping and the chance to break up an easy jog around the city? Well, Frederiksborg Park is your spot to shine featuring the perfect hill sprint session setup, and the backdrop isn’t bad either. Situated either side of the Royal Palace are two 200m slopes taking you right up to the royal doors. For something seriously spicy you could use the loop to power up one side and plod down, along and along again for recovery before blasting yourself back up the same side you originally ran up. We opted for a rolling clock, giving ourselves two minutes to get up and down the same side, plus some spare seconds for recovery.

Once done the park plays host to a pretty flat loop making it the perfect post effort recovery jog. There’s also a great little coffee spot located next to the ice rink serving glug, hot chocolate and some seriously good cookies and cakes! 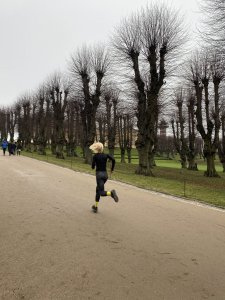 If you fancy something a little flatter, there’s a track next door to the palace. There seems to be no policed entry to this, and citizens were happily entering at their own risk to complete sessions set.

P.s For post-run, hit up Mad and Kaffe for brunch! 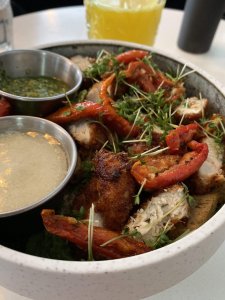 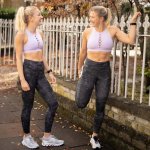 Our Views on VeganuaryBlogs, Nutrition 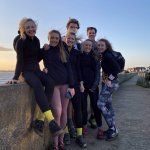