While there’s much bigger fish to fry in light of the latest Corona Virus happenings, there’s no denying, races have been rocked, and goals have been postponed with the rise of COVID19. Frustration, anger and everything in between is likely to be looming, but we’re here to tell you not all is lost in your running world.

But, before we go on, it’s essential to recognise this issue is a hell of a lot larger than the one just affecting our 2020 race schedule. It’s a virus that has caused complete havoc within our health systems, educational institutions and workplaces. We’re simply here to offer a few words that may be needed if the next few weeks are not looking to run totally to plan.

One more thing, if you’re unsure about the ins and outs, check out this incredibly insightful and straight to the point explanation from our favourite doctor, @thefoodmedic.

Ok, on with the reason you’re all here.

What if my race has been cancelled?

Race or no race you’ve worked hard to get here. You’re training is still valid, and most definitely something you should remain proud of. You’ve put the hours in and you’ve developed a stronger, more resilient body. That doesn’t go away, just because the race does.

IF your race has been cancelled and you’ve been left feeling a little lost we’re laying down a few rules for you to live by over the next few weeks.

Endurance Life run a series of wickedly cool races, and they’ve got a few roundabout marathon time too. Both their Exmoor and Pembrokeshire run during April offering several distances including the 26.2.

Manchester Marathon is still currently going ahead, and there are charity spots available.

The Great Welsh Marathon is one not many shout about, but we’re here to say you should! The route runs along the coast, exploring one of the UK’s most beautiful destinations. Charity spots are still available.

Taunton Marathon is still open for both half and full distance entries.

St Georges marathon is still open, although slightly rogue with a Thursday race day. Hey, why not make a weekend of it?

Let’s all just look out for others during this crazy time shall we? We’re not saying life should come to a total standstill, we’re simply saying use your brains with the same intent you’ve used your legs these past few weeks! 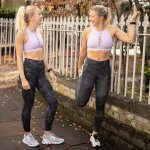 How important is recovery for a runner? Blogs, Running, Training 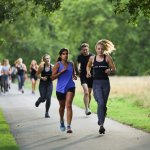