More than 35,000 people ran, jogged, walked or staggered the 2015 Virgin London Marathon. Each had a reason… a charity, a challenge, a momentary lapse of sanity after too many beers… all 35,000 have a story to tell as to why they decided to push their bodies through the physical barriers that inevitably rear up in front of anyone that decides to put 26.2 miles on their body clocks in one go. This is just one such story… well, two! (I doubt that I would have made it without my best friend matching my every stride along the way).

We trained together (until I developed shin splints a month before the race!), we planned together, we competed together, we limped home together, we celebrated together with our families and friends. Running can be a lonely pastime, but ‘running London’ was one of the greatest sharing experiences of my life. If we had a pound for every stranger that shouted our names during the 3 hours and 45 minutes that we spent on the course, our charity’s coffers would be full. You do everything you can to prepare mind and body as fully as you can for what to expect, but no ‘marathon dream’ comes close to the reality of the ride… particularly when you’ve only done 6 weeks’ training.

The challenges on the day begin before you have broken into a trot. Nobody tells you that there is a hill to climb just to get to the starting line. If your muscles are tightening with excitement and nerves on the London Overground journey, at least there is a chance to stretch out your calves on the way up to the pens where the runners gather. The first ‘official signs’ set the heart racing. Everybody says ‘get a good night’s sleep’ before the race, everybody knows there is no chance of that. Anticipation builds from the moment your ‘number’ drops through the letter-box. Nobody can wipe the smile off their face. Don’t worry, the race will do that for you!

The signs guided us into the ‘Green Pen’ for celebrities (what moi?!) and those running ‘good for age’ (sounds more like us). We seemed to be surrounded by elite runners. There had to be some mistake! Now the butterflies were fluttering free inside us. Just time for the final comfort break! We joined the lines of bin-bagged, cross-legged runners forming a (fairly) orderly queue to despatch all those energy drinks we had breakfasted on. There is almost a shared comfort to be enjoyed in your growing discomfort. Nobody can know how it feels just before a marathon like a fellow runner. Everyone around us seemed as terrified as we were, or maybe the shaking was caused by the cool temperatures that all the commentators insisted made it a ‘good day’ for marathon running. Yeah right!

The claxon sounded and a bump and a shuffle later, we were off! No turning back now as the human tide starts to move out onto the course. Watches synchronised, game face on and let’s see how the shins take to a few hours of London concrete bashing. All you can concentrate on at this stage is putting one foot in front of the other while at the same time trying to peel off the long sleeved tops we had worn to keep out the chill wind. Two things at once – no problem for women! Our body temperatures soon rose and so did our hopes as we found some space and a stride and rhythm that would get us round in one piece.

People say, ‘you’ll be alright on the day’ and ‘the crowds will get you through’, but apart from the instinct to punch them in the face, the truth is that you don’t know any better than they do. I mean, I love my mum dearly but she wasn’t the one running 26.2 miles! But as painful as it is to admit it, she was right. It is ‘alright on the day’ because there is no other day like it. No matter how long it takes or how many walls you hit, London is out there with you and right behind you. There was not a single moment when you felt alone with the challenge you had taken on. The crowds lined every one of the millions of inches along the way, the signs were everywhere – some personal, some simply with a general message to every competitor.  ‘Shut Up Legs’ was our favourite – three little words that raised a smile and a spurt from every runner that passed its author. We can honestly say ‘they’ got us through. The level of support and the atmosphere are overwhelming – so overwhelming I nearly ran past my shrieking dad, not once but twice without hearing him. London’s is not only one of the world’s greatest marathons, it is one of the capital’s greatest adverts.

We’re not going to pretend those 3 hours and 45 minutes flew by. That was simply not the case,oh nooooo! But despite a few aches and pains it was the most incredible day! Don’t laugh, but we sang and danced throughout, happily high fiving any tactile supporter. For those precious minutes we spent on the London streets we felt like the celebrities we shared ‘the Green Pen’ with. People we had never met before and will never meet again screamed our names because they were nearly as desperate for us to succeed as we were. And that we did!

Hand-in-hand was how we planned to cross the finishing line and, while it took every last ounce of energy for our bodies to get to the Mall, we pushed through the clinging fatigue of the last 200 metres clutching for dear life to each other. I cannot begin to describe the emotions at the end. Some laugh, some cry, most find themselves caught up in a combination of both. Medals are placed around your neck, goodie bags thrust into your hand but you are still in a daze of wonder, wandering almost aimlessly back towards ‘home’ with barely a word to say or a thought to register.

There is no pain. Surprisingly! There is too much else going on inside you to feel much at all. It is ‘pinch yourself’ time. You look at each other and at the faces of those that have finished alongside you and you know that you have shared something that nobody else can understand. It is great to see your friends and loved ones, to receive their congratulations and discuss the celebrations. But when you pick up your bags and start to head away, you can’t help but look back at the unique experience you are leaving behind. I am sure that most marathon runners are saying ‘never again’ as they enter the final mile, but as soon as it’s over you can’t help but ask yourself what else in your life has ever been quite this good?

When you share your story – one of 35,000 at London alone this year, remember! – people usually say,  ‘I could never run a marathon’. Well, I’m sorry but you could. Anyone could. Look at the disabled competitors for starters. When you share your story with anyone that has already run a major marathon, you are inevitably recalling one of the best days of your lives. Yes, it was a challenge but it was OUR challenge that WE completed, completed together. We can promise you that we will remember that day for the rest of our lives! 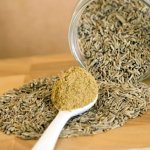