‘Twice The health. Try The Health’, our latest culinary gift to you! One weekly ingredient that we deem a hero amongst food everywhere. We’ll turn it inside out hopefully offering a little insight on why we include it in OUR diet, and think you should too! Let’s kick it off with CUMIN…

There are other herbs and spices; oregano, thyme, rosemary, cumin;

“You’ve ever been out of the cupboard cumin?”

“Once, I think, for bolognese…errr….they said it was an experiment! That was in 1992. I don’t think it

worked. But I remain hopeful”

Let’s be honest we all neglect our spices. Occasionally we’ll throw in a little chilli, and salt is a given but let’s live a little. Don’t ignore the spices a recipe suggests, spend a few pennies and pick them up. You won’t regret it! For us, no succulent turkey breast in any dish is without cumin, the two pair just perfectly, a little like us!

Cumin originates from Egypt and was most popular during periods of Greek and Roman legacy! The dark ages, we know, well it’s making a comeback. Why? Because it’s not only good for you, it’s GREAT!

Cumin comes readily available in two forms; dried seeds and powder. We use the more commonly found form of powdered cumin, but if you reading this post is bringing out you ‘Jamie Oliver’ using a pestle and mortar to grind up the dried seeds reaps a greater nutritional benefit and a stronger taste!

Cumin is an excellent source of iron, with approximately 2tsp making up just under 20% of you daily recommended intake. Iron is an essential mineral in the body as it helps to produce more red blood cells, responsible for carrying oxygen around the body.

For the ladies in the room a healthy intake of iron is vital, to reduce the risk of developing anemia (low red blood cell count), due to the blood lost during menstruation. Men, just because Mother Nature doesn’t curse you each and every month don’t think you’re immune…you too can suffer from anemia!

For the active monkeys out there, keeping a strong flow of oxygenated blood to the muscles, is crucial in order for them to continue working. Those with an iron deficiency are heavily affected due to their oxygen caring capacity of the blood being reduced which has a negative impact on performance. This is because iron is a fundamental part of hemoglobin (the molecule which binds the oxygen to the red blood cell).

Like any another seed, cumin can help boost digestion, containing soluble and insoluble fiber, which helps to keep the bowels, er dancing! But research has also found that cumin may stimulate the secretion of pancreatic enzymes which aid the breakdown of food and the absorption of nutrients into the blood stream.

Alongside this, there is little research to suggest a relationship between cumin intake and bowel or colon cancer. However research has been proven to show that other food substances which promote healthy bowel movements can be linked to a reduction in these two cancers. Watch this space!

On the subject of cancer and cumin there have be laboratory studies to suggest that cumin may lead to a reduction in stomach and liver cancer. This is due to the antioxidants (curcumin) present in cumin which scavenge and kill free radicals (the atoms responsible for triggering cancer), alongside enhancing the livers detoxification enzymes.

Our two favorite cumin recipes are: 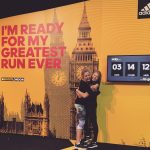 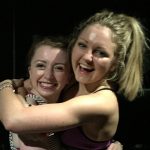 Back to Boom Cycle!Blogs, Training